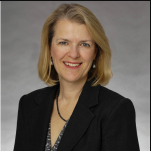 Sharon Pel is a corporate director and was Senior Vice President, Group Head of Legal and Business Affairs and Corporate Secretary of TMX Group Limited until 2015. At TMX Group, she was responsible for advising the TMX board and executive management on all aspects of its governance, operations and legal and regulatory affairs. Prior to that, she was a partner at Torys LLP, where she advised clients on a wide variety of legal issues including cross-border mergers, corporate finance and securities transactions, acquisitions and divestitures. Sharon currently provides consulting services through her firm, Inglewood Advisory Services. She is the Vice Chair of OPTrust, the administrator of the OPSEU Pension Plan — a defined benefit plan with over 92,000 members and retirees. Sharon is also a member of the board and of the Nomination and Governance committee of IPL Plastics Inc. (TSX:IPLP).

Sharon holds an Honours Bachelor of Arts from the University of Toronto and a LL.B from the University of Ottawa. She is Member of the Law Society of Ontario and holds the ICD.D designation. Sharon brings her legal and business expertise, plus a strong commitment to children’s and women’s issues, to her role as Chair of the CFTC Board. Joseph brings a wealth of experience and expertise in finance, accounting and management to his role on the CFTC Board. Currently Chief Financial Officer at Mevotech, a leading automotive parts company based in Toronto, he has previously held senior financial roles with Mattamy Homes, Husky Injection Molding Systems, Workopolis, and Loblaw Companies.

Joseph has proven expertise in strategic planning, continuous improvement, mergers and acquisitions, planning and analysis, business intelligence, and developing teams across numerous industries for both national and global organizations. As a senior financial executive, Joseph partners with CEOs and Boards of Directors to drive strategy, execution and enterprise value.

He is passionate about building and developing teams and driving improvement to change the results of an organization. Joseph is a graduate of the University of Waterloo and a member of the Canadian Institute of Chartered Accountants. 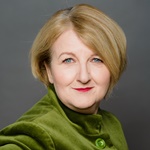 Marion is an award-winning senior communications executive with global experience in both the corporate and consulting sectors, enjoying a particular focus on issues and stakeholder relations and strategic communications. Most recently she was President of GCI Canada, one of Canada’s best communications and engagement firms, where she was most proud of GCI being recognized as one of the “Greater Toronto Top 100 Employers” in 2015, 2016 and 2017.

Marion holds a Master of Business Administration from the Joseph L. Rotman School of Management, University of Toronto, and a Bachelor of Public Relations with Distinction from Mount Saint Vincent University. She is a member of the Institute of Corporate Directors and holds her ICD.D. certification. Marion is also a graduate of the Rotman “Judy Project” for women executive leaders and a member of the International Women’s Forum (IWF).

Tim is Partner, Deal Advisory, KPMG Canada and National Leader of Operations M&A, where he leads Canada’s largest Integration and Separation practice with a team of 15 dedicated specialists.

He has worked on over 100 integrations and separations over the last 13 years and also conducted research into mergers and acquisitions that was published in the Financial Times. Tim has a B.Sc. from the University of Strathclyde, UK and is an Associate (ACMA) of the Chartered Institute of Management Accountants in the UK. 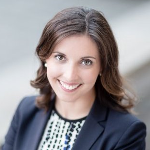 Prior to joining EllisDon, Clare held positions in the Energy and Infrastructure teams at Investec Bank in Toronto and PricewaterhouseCoopers in London, England. In 2015, Clare was nominated for the Canadian Women in Infrastructure Emerging Leader Award.

Clare also has experience working in international development having held positions at the Aga Khan Foundation and the African Development Bank. During this time, Clare focused on developing programs and financial tools to support the growth of small and medium-sized enterprises. 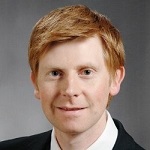 Craig is currently Vice President & Director at TD Asset Management where he is responsible for originating and structuring infrastructure private debt investments. Previously, he was co-head of Investec’s North American Infrastructure team and advised successful proponents on infrastructure projects across Canada. He has led on ten other major projects for many of the leading global clients in the sector, raising over $2 billion in committed finance in the process.

Craig brings more than 16 years of project finance experience in North America and Europe and an extensive network of North American and global project sponsors to his role on the CFTC Board of Directors. Craig is keen to apply his professional skills to support children’s welfare and help them achieve the best possible foundation to live healthy, happy lives. 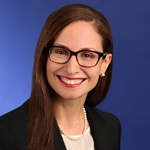 Reema is a Partner in KPMG’s Risk Consulting practice. She has over fifteen years of experience providing assurance and advisory services to clients in the financial services industry, with a focus on the banking and asset management sectors. Reema led audit engagements on many high profile clients including audit committee communications. She developed and led financial control testing programs, assisted with complex accounting standards’ implementation projects, and independent reviews of the governance, accounting standards and controls frameworks of oversight functions. Reema continues to help her clients navigate their governance and risk management journeys in the current heightened regulatory environment and increasing demands by stakeholders in the financial services sector.

Reema is a CPA, CA and has earned her Bachelor of Arts-Honours and Masters of Accounting from the University of Waterloo. She is a member of the Board of Directors and Treasurer of Macaulay Child Development Centre. She enjoys travelling with her husband to explore different cultures and while in Toronto she practices yoga, Pilates and stand-up paddles through the summer months. Reema believes that investing in our children’s education, well-being and the sustainability of their communities builds the foundation for success in the future. 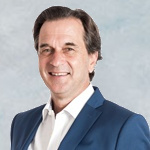 Ted is President of Yield Branding, a strategy and creative boutique based in Toronto that works with clients to better articulate and express their brand story.

Ted has lived and breathed the advertising and branding world for more than 30 years in Canada and overseas. His career began with J. Walter Thompson in Toronto, and then, given the opportunity to run the Pepsi business in Brazil, Ted accepted a transfer to Rio de Janiero. This was followed with office management roles in Singapore, Santiago, Chile before moving back to Canada where he ran J. Walter Thompson Canada. At age 40, Ted decided his career needed a pivot so he took the entrepreneurial challenge, which led him to Goodgoll Curtis before joining Yield Branding in 2004.

Ted attended McGill University as an undergraduate, and the Université de Strasbourg for post-graduate studies. Through his travels Ted has mastered French, Spanish and Portuguese. He has been a board member of Boost, Child Abuse Prevention and Intervention, CANFAR, Branksome Hall and the advisory board of Sheridan College. 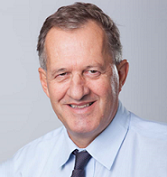 With a master’s degree in Industrial Design Engineering – Business Management, Jos’s early career included roles as small business development consultant at the Dutch Ministry of Industry and as an airline analyst at Fokker Aircraft in Amsterdam, where he marketed to airlines in Spain, Mexico, Brazil and Argentina. In 1988, Jos made a significant career change joining Doctors Without Borders (Medecins Sans Frontières), first as Country Coordinator in Mozambique, then Director Human Resources in Amsterdam, and finally as the first Executive Director of MSF Canada.

Jos moved to the education sector in 1995, becoming Director International Education at Niagara College Canada. In that role, he oversaw revenues from international student recruitment and project delivery grow from $0.5M to $20M over 17 years. In 2013, Jos worked on loan with Colleges and Institutes Canada in Colombia as technical advisor to the Education for Employment program (a five-year, $20M program funded by Global Affairs Canada). 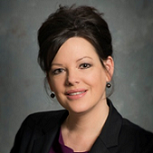 Jennifer Moore Rattray is a consultant and advisor who recently concluded 14 months as Executive Director of the historic National Inquiry into Missing and Murdered Indigenous Women and Girls. Prior to that, Jennifer was an Assistant Deputy Minister in the Department of Families with the Province of Manitoba, responsible for $860 million annually, 160 staff and policy, programs and services that support some of Manitoba’s most vulnerable. Before becoming a public servant, Jennifer spent a decade at the University of Winnipeg becoming its first Associate Vice-President, Indigenous, Government and Community Affairs. Believing access to education can create a more equitable Canada, she identified and implemented ways to break down barriers and promote access to post-secondary education. In 2012, Jennifer became a recipient of the Queen Elizabeth II Diamond Jubilee Medal for contributions to education and community.

Prior to her career in public service, Jennifer spent 14 years as an award-winning journalist working for CBC, CTV and others, as well as launching WTN as one of its first network hosts. A proud member of Peepeekisis Cree Nation with roots in Northern Manitoba, she is one of the first Indigenous women to anchor the television news in Canada.

Jennifer holds a joint Master of Public Administration degree with distinction from the University of Winnipeg and the University of Manitoba with a specialization in business and government relations from the Asper School of Business. She is a graduate of the Executive Program at the Rotman School of Management, University of Toronto.

In addition to Canadian Feed the Children Jennifer sits as a director on the boards of CBC/Radio-Canada and the Manitoba Museum Foundation as well as the Conference Board of Canada’s Indigenous Peoples Roundtable on Skills and PSE. She has volunteered in the community for many years on boards and councils and is active as a speaker, emcee, and moderator.

The FAC also recommends the external auditor and reviews and recommends approval of the audited statements by the Board.

The Nomination and Governance Committee (NGC) oversees the Board’s overall approach to governance including director nominations and the size, composition and structure of the Board and its committees. It documents directors’ skills and experience and recruits to address any gaps.

The NGC is also responsible for Board orientation and continuing education to ensure that directors are prepared and capable of assuming their governance and fiduciary responsibilities.