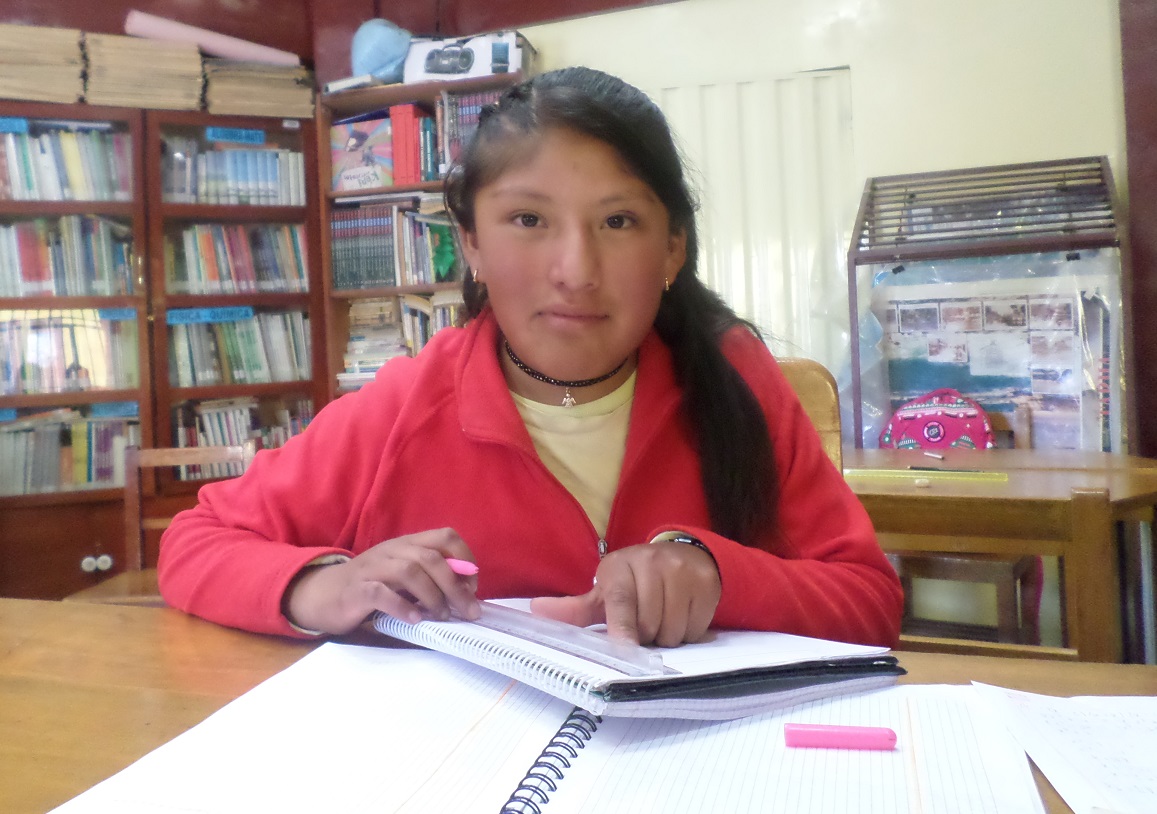 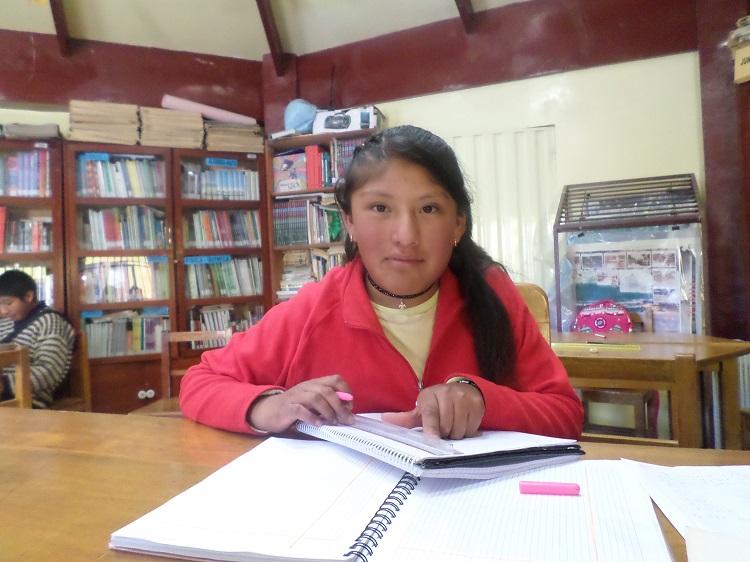 “I want to work for my community, helping others is what I like the most.” – Jhoselin, 14

Jhoselin is all smiles when we interview her at the Alpacoma Centre, a before- and after-school program run by one of CFTC’s partners in La Paz, Bolivia. She gives us a tour of the garden and offers us some of its delicious produce. She introduces us to her fellow students and shows off the books, computers and games. The Alpacoma Centre is great fun! 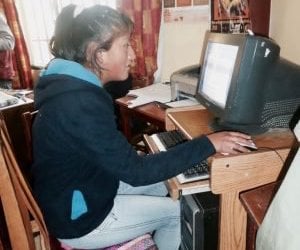 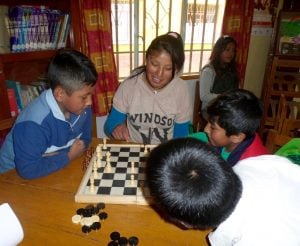 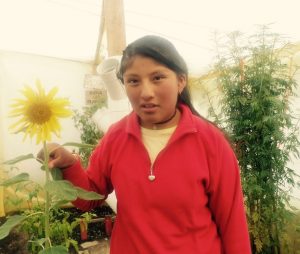 … and helps out in the garden.

But the Alpacoma Centre is more than fun. For many children, the Centre is the difference between a dangerous life on the streets and a safe, carefree childhood. Also, many La Paz parents, like Jhoselin’s dad, work in brick factories that keep them away from their children during the day. This was a challenge for her family, because Bolivian schools run for only half days.

Three years ago, Jhoselin’s mother sadly passed away. Unable to look after the children alone, Jhoselin’s father had to split them up. She and her siblings were sent to live with friends and relatives. Jhoselin was in a precarious situation and at risk of being pulled from school.

Fortunately, the Alpacoma Centre identified Jhoselin as needing extra support. She became part of CFTC’s Sponsor a Child program, which allowed her dad to reunite the family! Now Jhoselin lives with her dad, her sister Yesenia, and her little niece. “I live happy with them,” she says. 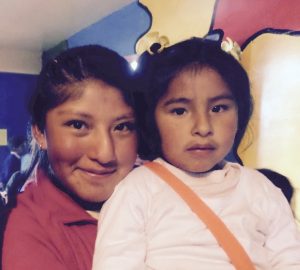 Jhoselin with her little niece.

But the Alpacoma Centre did more for Jhoselin than simply filling in a care gap when she was in need. It was the place where she became motivated to change her community.

As a guide in the Centre’s community garden, she saw how growing food at home or at the centre can help families improve their nutrition – and bring in some extra money.

“We can sell the surplus production!” she muses.

At the young age of 14, it’s clear that Jhoselin sees not just her community’s immediate needs but also the bigger issues like “lack of sewage, lack of public transportation and dirt roads.”  She is looking for solutions that will have long-term impact:

“I would like to study two careers when I grow up, Audit and Social Work. Audit because I like numbers and Social Work because I want to work for my community, helping the others is what I like the most.”

President of her class

Jhoselin’s desire to help and capacity for thinking big didn’t go unnoticed by her classmates. This past year, they elected her president of her class.

“I became a leader by communicating with my classmates and supporting ideas and activities. I am responsible with my homework. I support in planning small projects and activities with my partners.”

Jhoselin knows that leaders are people who help – and that it’s important for youth to take on leadership roles.  She says:

” It is important to share our ideas with our peers and to be responsible with our actions.”

These are words to live by.