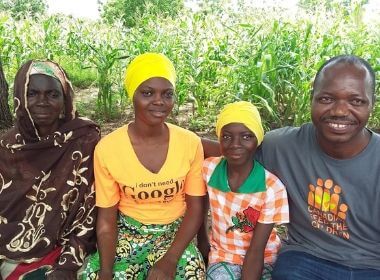 Kelsuma, with her second oldest son, on her farm in the Cheffa Valley, Ethiopia.

The movement of people inside and across borders of all kinds is an intrinsic and natural feature of human life. Children have always migrated on their own, often safely and with their families' approval (think for instance about children emigrating to study abroad).

Youth migration is a problem only when

Ethiopia is seeing a lot of its children and young people migrate to the Arab countries to seek employment. According to the International Labour Organization, "In Ethiopia, youth employment presents both an opportunity and a challenge considering 71% of the population is under the age of 30." (ILO, 2016).

While CFTC does not address migration directly, we are always gratified to see that the core development work we support has a wider impact.

Kelsuma Abdu got married when she was a young teen and she and her husband went on to have five children. When the MILEAR project started in 2012, their relationship was on the rocks. Her husband had become a heavy consumer of khat, had started being violent and would leave the family with no food. The couple was among the first to be selected by CFTC's local partner, ORDA, for MILEAR's gender training. The experience was transformative for Kelsuma.

Gender training encouraged Kelsuma to work for better conditions in her marriage. She stuck it out for two years, until it was clear things were not working out. After their divorce, Kelsuma put into practice the agricultural training also provided through MILEAR. Her position as a divorced woman and a farm owner was unusual in the village, but gender training had confirmed in her a spirit of independence that was always there, and given her permission to act on it.

Kelsuma got a loan and with it bought an ox and an irrigation pump. She collaborated with friends and they managed to survive the severe drought of 2015/16.

Her farm, which she also works with some of her children including her oldest son, was so successful that she became a role model for the community. The last time we talked to Kelsuma, her oldest son wanted to move to Saudi Arabia. With two years of farming success under her belt, Kelsuma is now thinking about buying land and building a house for him. She wants him to stay. Hers is a success story and her son does not need to make the perilous journey to a foreign country where he might be exploited. In spite of the social pressure to go, Kelsuma has real persuading power to keep her son on what can very well become his own farm. She told us: "if you work hard, Ethiopia can be like going to the Arab countries. Look at us, in two years we turned our lives around from being poor to being well-off."

CFTC doesn't target child migration or migration in general as a central focus in our work. Through our local partners, however, we put ourselves at the service of communities so that they may empower themselves. It was a real joy for us to see how gender training, a relatively simple process done very respectfully by our local partners, rippled out to affect financial self-reliance, female livelihoods and social status, and reduced the risks of child migration for this Ethiopian family.

Fatima: I see myself as a role model

Fatima, second from left, sits with her mother and younger sister and with Augustine N-Yokuni, CFTC's Country Director (Ghana).

In Ghana, migration occurs more frequently within the country than to other countries (80% of migrants in Ghana move internally). While the impoverished northern regions where CFTC and its local partners work produce only 10% of Ghana's overall internal migration (see Internal migration in Ghana: Determinants and welfare impacts), the conditions from which northern youth are fleeing are more severe and the profile of those migrating tends to be younger and less educated, meaning that their prospects at the other end of their journey aren't as positive.

Fatima, now 21, had struggled for years to stay in school despite economic hardships. She had been involved in CFTC's sponsorship program through our local partner, RAINS, since 2003. Despite this support, she and her six siblings faced many difficulties.

“I nearly dropped out of school in 2017. I could not afford to pay my fees because farming was bad for my parents that year and my father was very ill,” Fatima said.

She once dreamed of becoming a nurse, but she came to believe - as so many adolescent girls do - that her only option was, as she said, “to migrate to the south for Kayaye” (a menial job where she would be at risk of violence, early pregnancy, and worse).

Fortunately, Fatima, along with other girls in her school, had learned about the dangers of child marriage and other forms of gender-based violence. She spoke to her head teacher and a representative from RAINS. They were able to provide her with the support she needed to complete school.

Fatima is proud that she has been able to complete high school: “I see myself as a role model to younger children, especially girls,” she said. While she awaits her final grades, Fatima has enrolled in a beautician course to help fund the next phase of her education.

"Your support was a ‘stitch in time’ to me. I know that without it, I would have been given out for marriage or ended up on the streets of Accra,” Fatima said.

There is still a good chance that Fatima will decide to pursue higher education and employment outside of her home community. However, she is now more empowered and has options that put her in the driver's seat, whatever decision she chooses to make.

These stories of young people, one from Ghana and one from Ethiopia,  illustrate that that the close connections and collaborative work between CFTC's local partners, local school and community authorities, families, and the youth themselves can make all the difference in the trajectory of a young person's life.

There are immense pressures on families to alleviate their economic burdens by sending their oldest children away from home for marriage or work. Even when the young person is involved in the decision-making and eager to go, this can compromise their educations and possibly their safety. And, there is a tremendous lure for young people to seek better fortunes elsewhere. While this can sometimes be a positive experience, the risks are high, especially for girls and young women.

With attention to the core principles of community-based development - in Fatima's case, child sponsorship and educational supports; in Kelsuma's family, support for women's livelihoods, agricultural training, and gender equality - families can stay together, feed and educate their children, and capitalize on all the benefits of creating an educated, energized and employed youth population while reducing the perils of need-driven youth migration. 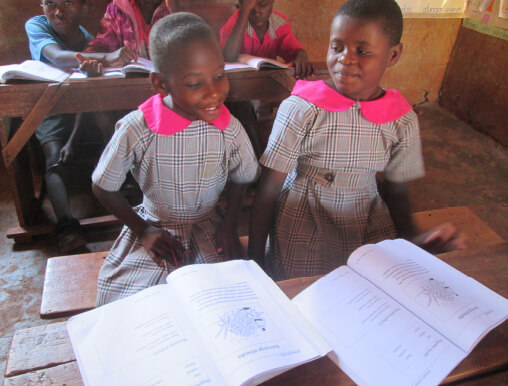 A desk, chair, chalk boards, maps and other essentials make learning possible. Your gift lets kids explore the world from within a well-equipped classroom. 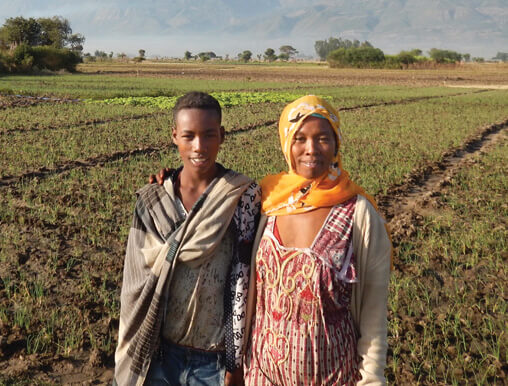 This farming combo provides a sustainable source of food and income, with garden tools, seeds and training to start a home garden.

Give monthly to help children every day.
Find out more
eNewsletter sign-up