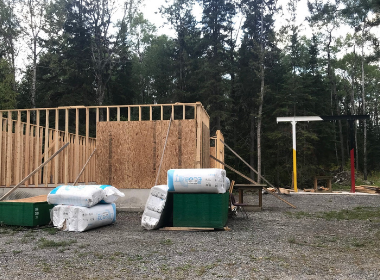 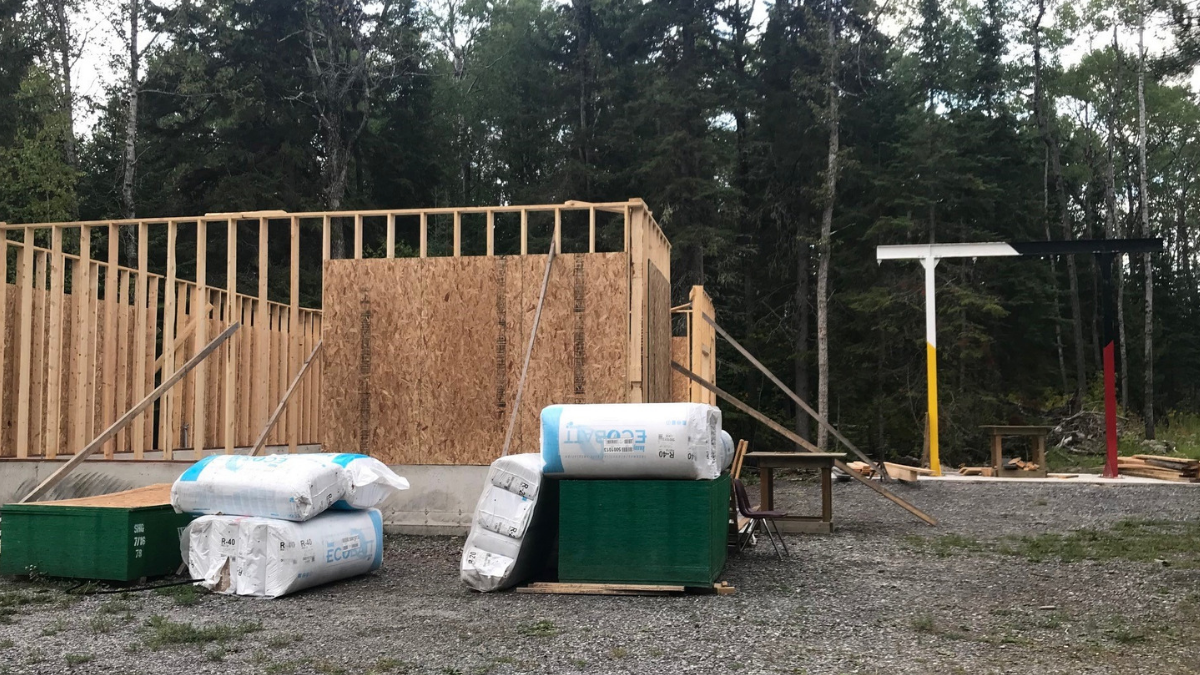 However, traditional food isn’t easily accessible for many communities. From the possession of ancestral lands by colonizers like the Canadian government, to the devastating and long lasting effects of residential schools, to the colonization of diets, numerous Indigenous communities have a disconnect between the land and their diets. Certain government policies restrict Indigenous communities from hunting wild game, create caps on hunting, and make various practices illegal.

But the Red Rock Indian Band is working to reclaim traditional food for their Nation and promote healthier lifestyles, better mental health, and physical well-being for all through the Maamawitaawining project. Maamawitaawining is Anishinaabemowin for "at the gathering place"  and will serve as a community hub three phase project that will promote the benefits of traditional food and gathering practices.

THE COLONIZATION OF ANCESTRAL LANDS 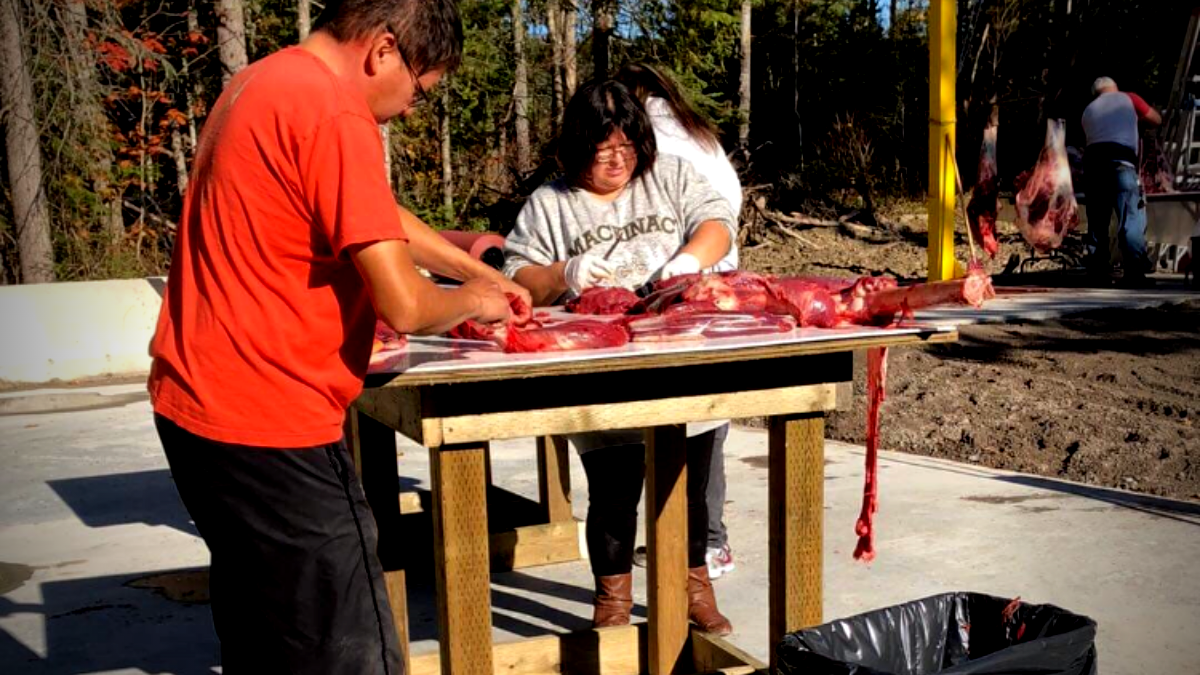 Red Rock Indian Band is situated in northern Ontario, northeast of Thunder Bay and east of Nipigon. Climate change is affecting the community’s ability to fish - local trackers say fish are moving deeper into the water due to the water temperatures changing, so the fish are harder to catch. As well, Red Rock has been land-locked between two highways after their traditional land was sold to a private company, against their wishes. The community had to purchase other neighbouring land to have access to hunting, gathering and fishing.

It’s not new that Indigenous communities across Canada, like Red Rock, have had to fight for their traditional land and hunting rights. In 2020, the attacks on Sipekne’katik First Nation’s Mi’kmaq community in Nova Scotia over lobster harvesting made international news. The Indigenous community launched their own moderate fishery in the area to help provide livelihoods to the community and lift people from poverty. Treaty agreements made with European colonizers in the 1700s gave the Mi’kmaq the right to hunt, fish, and gather in pursuit of a “moderate livelihood.” That was upheld by a 1999 Supreme Court ruling. However, commercial non-Indigenous fishers in the area disputed these claims and took out their frustration in racist assaults against the Mi’kmaq community, including setting fire to the Mi’kmaq lobster pound.

A lack of definition of “moderate livelihood” from the ruling for decades has caused anger in the non-Indigenous fishers, despite the Mi’kmaq having ancestral claim over the waters. Commercial fishers claim that allowing Indigenous communities to fish year-round when they are capped to a couple months is dangerous to the environment. Those claims were quickly refuted by experts - the Mi’kmaq have 350 traps in their possession while non-Indigenous fishers have over 390,000.

These stories, including what happened in Red Rock, demonstrate the clear effects of colonization of Indigenous lands and the struggle in which communities are fighting to access their ancestral lands as means of poverty alleviation through livelihoods and bringing more traditional foods to the communities.

The moose hang (pictured right) is pivotal for the community. On the left is the beginning stages of the butcher shop, which will be transformative for Red Rock.

Currently, many community members of Red Rock do not have vehicle access to hunt, or the means to afford equipment involved with gathering traditional food. As a direct effect of colonization, the diets of the people in Red Rock are heavily focused on processed food, which reduces physical and mental health. There’s no grocery store in the community, making access to fresh food more difficult. And, youth in the community don’t have as much interest in learning to hunt or fish because their parents weren’t taught how - it’s becoming a lost tradition.

This is why the Red Rock Indian Band decided to start the Maamawitaawining project as a way of bringing the community closer to traditional gathering methods, and increasing everyone’s access to wild game. The first phase of the project is the building of a moose hang. A moose hang is a solid metal structure that can hang up to four moose carcasses once they’ve been hunted. Moose need to be hung as their meat can be quite tough, so hanging the bodies for up to four days allows the collagen to break down the enzymes in the meat, rendering the meat tender.

Very purposefully, the moose hang is located in the community’s heart, near the cultural centre, so everyone, and especially youth, can participate in the cleaning, butchering and harvesting of the meat. Before the moose hang, all of the butchering happened offsite and youth weren’t able to assist.

“We would have to access another community’s hang, then skin the moose in one location, then move to another to butcher. It was too much leg work to get the harvested meat to packaging,” Chum told us. The building of the moose hang allows the community to be in a central location and together share in this important experience.

The moose hang is only phase one in Red Rock’s plans - next stop is building a butcher shop and then a tannery. The Maamawitaawining project promotes food security and traditional ways, preserves Indigenous culture, promotes local tourism, and acts as a social enterprise for the community. “A butcher shop is crucial for us. Moose can hang outside on a hang for up to ten days, but only if the temperature remains below 10 degrees Celsius. Having a butcher shop allows us to control the temperature, while also providing a great space to butcher the meat in a community kitchen setting,” Joanna explained.

TRADITIONAL FOODS AS RECOVERY FROM COVID-19 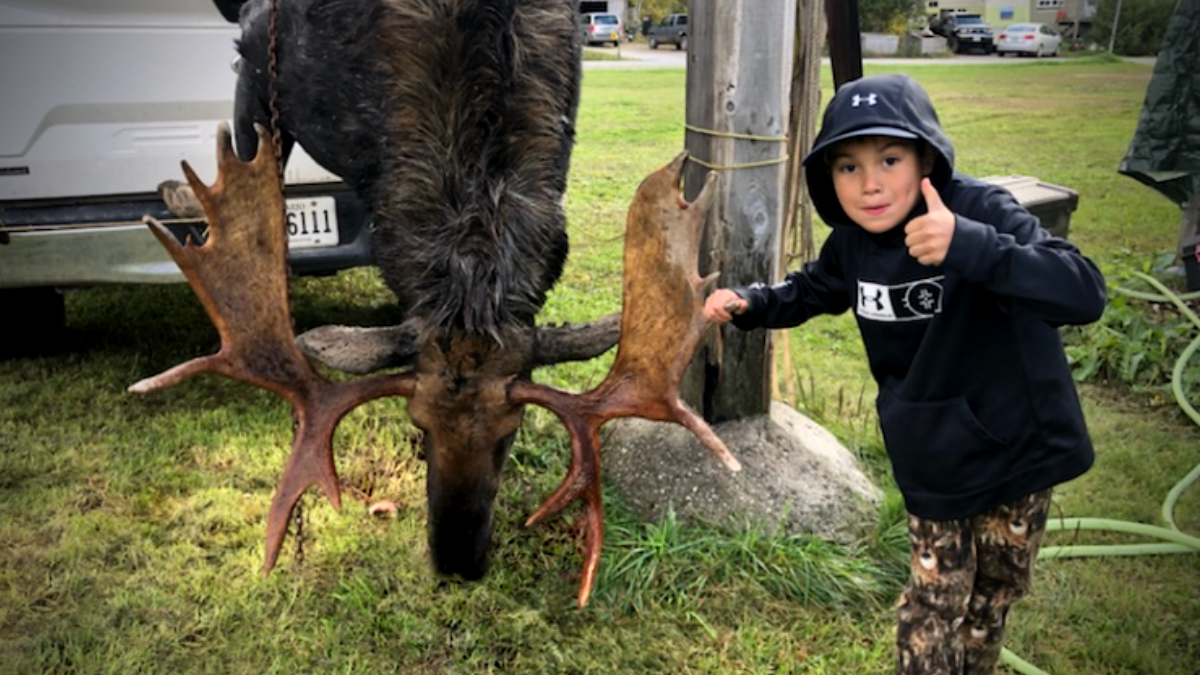 Red Rock community members are hopeful that the moose hang, butcher shop and tannery will help increase traditional foods within the community. In a post-COVID world, traditional foods are the key for recovery. Large game can feed many families. Traditional meats are unprocessed and packed with nutrients. Locally harvested meat is more affordable than meat that’s been shipped in.

“Wild game is eaten for spiritual reasons as well. In a time like COVID with higher stress, game meat allows us to bring back our spirit and culture to our people’s well being. My favourite wild game meal is pahkweshiganabo which is a moose meat stew, ” Jessica told us.

The building of these pillars in the community will also hope to involve a new generation in the ancestral ways. According to Chum, many children and youth in Red Rock haven’t yet embraced their culture and have lower self-esteem. The hope for future generations is to connect with their heritage and learn from where they come.

“My grandma never taught us our language or history because of the lasting effects of residential schools and colonization,” Jessica told us. “I’m hoping we can bring back the traditions, and knowledge to revitalize the culture among the youth so they can reconnect with spiritual teachings and the earth.” 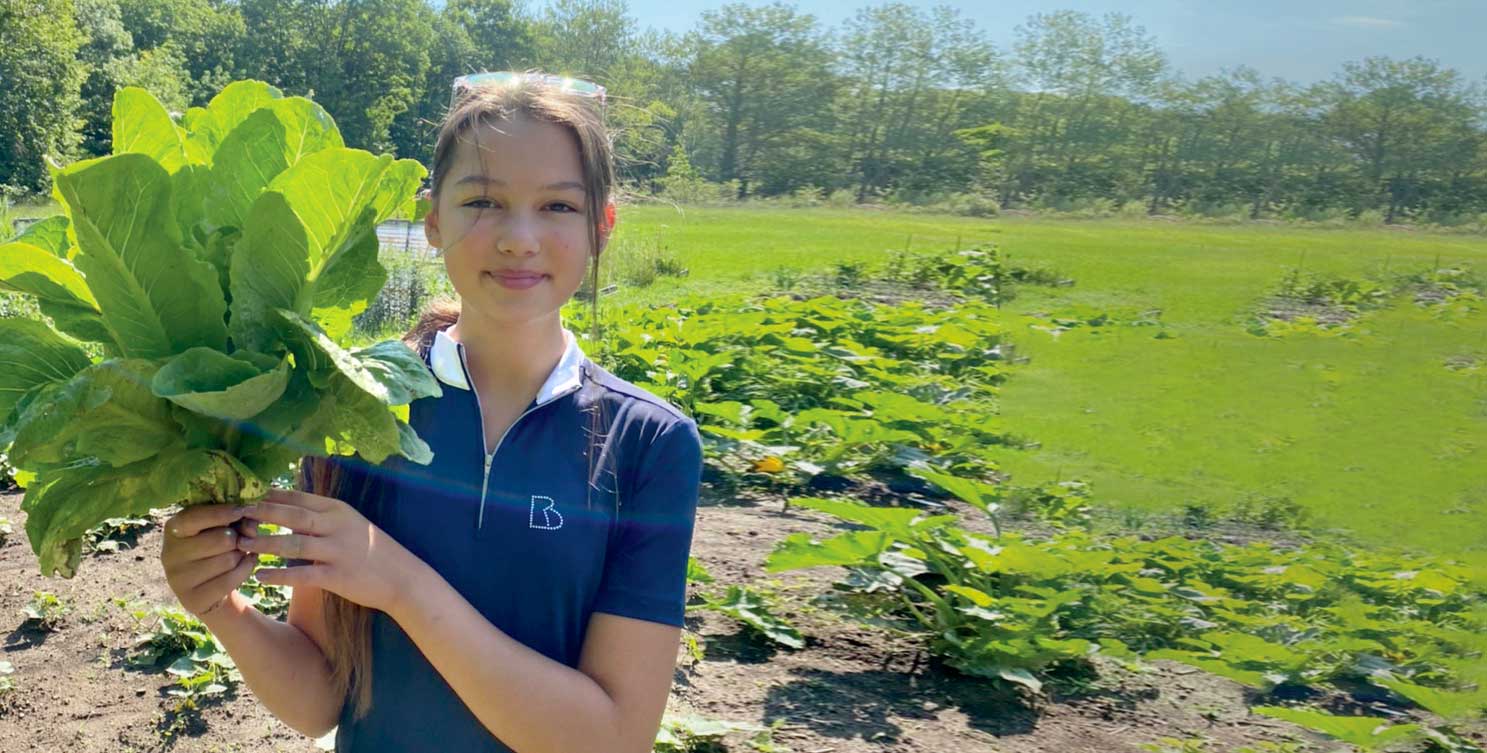