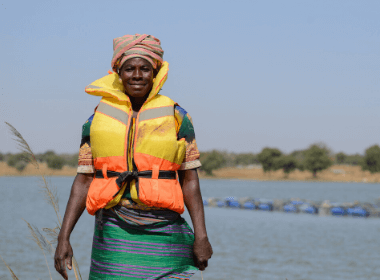 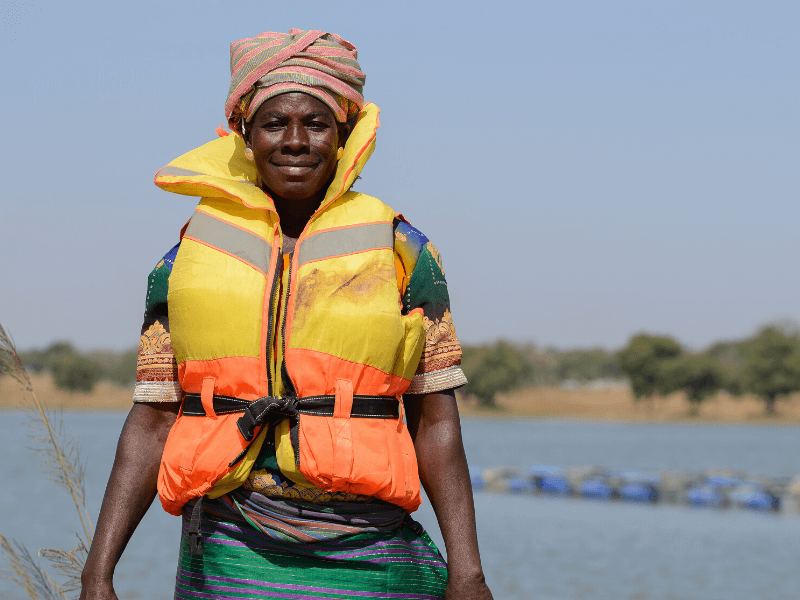 It is December in northeastern Ghana and the rainy season is long over. Harmattan, a season of cold, dry winds from the northern hemisphere, is in full force.

A few years ago, the Harmattan season meant Talata Adindanbire, 57, would be among the thousands of seasonal workers who left towns and villages in the north and travelled to central and southern cities in search of work. Her income would help support her family of 11, including her newborn twin grandchildren. She usually found work in restaurants and canteens in urban centres like Kumasi, Ghana’s second-biggest city. When the rains returned in April she would uproot herself once again and head back to her village to farm maize and millet. 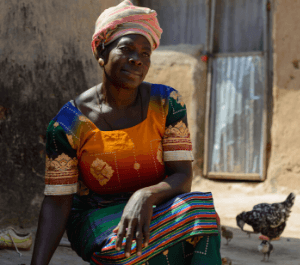 Women like Talata are now able to make household decisions and take ownership of their finances thanks to the RESULT project.

But on a chilly Monday afternoon in December, Talata is at home, standing on some rocks next to the community dam. On the water reservoir behind the dam is the fish farm she and her neighbours tend. During the dry season, the water shrinks from its banks. But the fish cages are situated at the deepest point.

The fish farm has had a huge impact in this community ever since it was first constructed as part of the Resilient And Sustainable Livelihoods Transformation (RESULT) project. The six-year initiative of Canadian Feed the Children (CFTC) with funding from the Canadian government, reached 21,000 small-scale farmers—primarily women—across Ghana’s Upper East and Upper West regions and helping them to learn climate-resilient farming practices.

The RESULT project was implemented with the help of the project’s local partner organization ACDEP.

The fish farm has helped augment the incomes and diets of families like Talata’s. In rural Ghana women disproportionately suffer from the impacts of climate change and bear the primary burden of raising children and providing for their needs. In recent years, rain patterns in northern Ghana have become more unpredictable. Women like Talata are benefiting from climate-smart farming practices and alternative livelihoods.

Women who participated in the RESULT project learned about alternative livelihoods for the dry season. In addition to fish farming, they learned techniques for growing crops with less water as well as a variety of skills such as making shea butter, weaving baskets, making soap and beekeeping. They learned how to market their finished products to local buyers and organized themselves into savings and loans groups to leverage their newfound income.

Talata was head of the aquaculture group that received training on good aquaculture practices, including how and when to feed the fingerlings and how to process the fish after harvest. Six months after the first fingerlings were brought to the dam, Talata and her group harvested the first of their cages, to a lot of excitement.

“Everyone was so happy. Even the size of the fish was also good and the chief of the land came here to see us harvesting,” Talata says. If not for the fish farm, she says, she “...would be down south, away from [her] family, washing dishes in a canteen.”