“If a girl is educated, she can fight for her rights.” Annet Nalunga Nalongo, Wakiso District, Uganda

For Annet, nothing is more important than making sure her granddaughter, Resty, finishes her education.

“If a girl is educated, she can fight for her rights,” she told us, reflecting on her determination to keep Resty in school. “When you train a child, especially a girl child, then you have trained the nation.”

The 58-year-old widow from the Wakiso District of Uganda has seen her fair share of girls who have dropped out of school in her community. It’s a future she doesn’t want for Resty:

“If Resty wasn’t in school, we would all be in pain. I don’t really know what she would be doing, but I must tell you, I would not settle seeing her seated at home and not at school, because I know she would live a miserable life without an education.”

Sending Resty to school has been a challenge 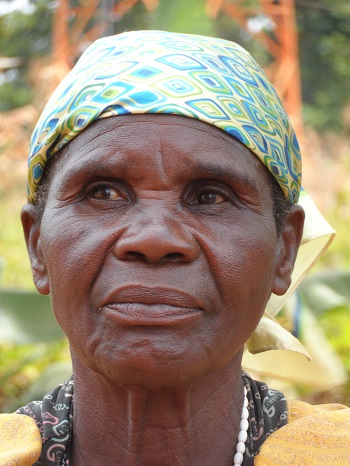 Despite Annet’s commitment to keeping Resty in school, affording the fees has been a daily struggle.

Despite Annet’s commitment to keeping Resty in school, affording the fees has been a daily struggle.

As a single grandmother raising her grandchildren alone, sometimes she can’t even afford to buy food to eat. She earns an income by working on other people’s gardens. The hard labour is also starting to affect her health.

“I am sick, I am hypertensive, I have back pain, and yet, I am the bread winner,” she explained.

Thankfully, Canadian Feed The Children’s local partner HUYSLINCI has been working with Annet to give her other income earning options. She received a pig and training on how to care for it – a critical asset for a woman without land in her community.

Annet joined a parents’ savings and loans group that allows her to take out small loans to cover expenses. The group has given her the financial stability she’s needed to keep Resty in school when she’s short on money and work is hard to find.

She has also received additional support ever since Resty became a sponsored child through Canadian Feed The Children. Now Annet has extra help in guiding Resty towards success in school.

Resty’s dreams for the future 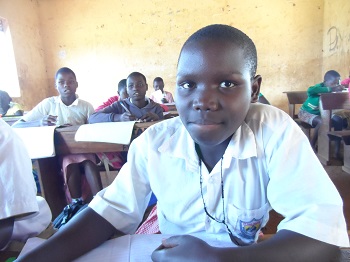 Resty, 12, is determined to finish school.

With a grandmother championing her education, it comes of little surprise that Resty has a clear vision for her future.

“I don’t want to get married until I am about 30-35 years old,” Resty told us. It’s a stark difference in a country where poverty sends nearly half of all girls under age 18 to early marriage.

Resty has been inspired by her grandmother who looks back fondly on a healthy, loving marriage.

“My wedding was a humble one,” Annet said, thinking of her late husband. “I loved him. Ours was a real love, not the love for wealth.”

Annet will do anything to give Resty the best future she can by keeping her in school. And when the times get tough again, and she’s worried if she’ll make it through, she’ll know she can count on generous Canadian donors and the caring HUYSLINCI team who are all rooting for Resty too.

Often mandatory yet unaffordable, a school uniform allows a child to enroll in school, boosts their confidence and gives them a sense of belonging.
Find out more 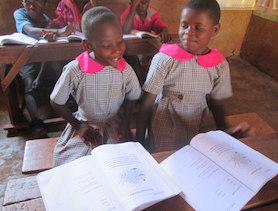 A desk, chair, chalk boards, maps and other essentials make learning possible. Your gift lets kids explore the world from within a well-equipped classroom.
Find out more

Sponsor a child for just $33 per month and give them hope. Every. Single. Day.
Sponsor a Child
eNewsletter sign-up