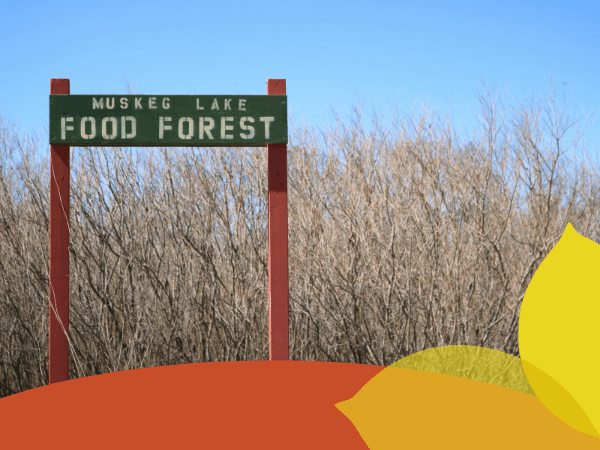 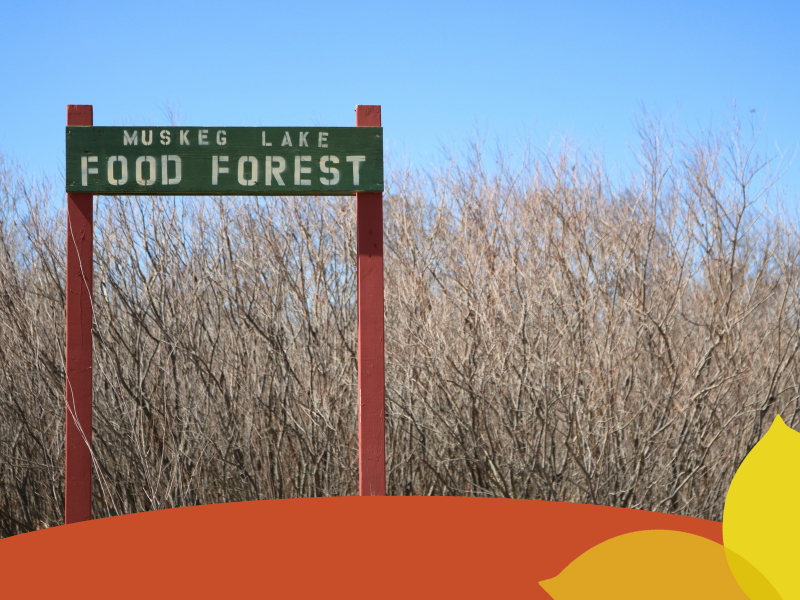 Four Indigenous communities are working on growing food forests in Alberta and Saskatchewan that will help feed over 11,000 people once complete.

Based on the science of permaculture, a food forest is a nature-inspired multifunctional agricultural system that provides fruits, vegetables, other edibles, medicines and more. Unlike a traditional farm, a food forest is self-sustaining once established. This means it can feed families for generations while helping Indigenous communities re-establish food sovereignty.

Here are some updates from community members working on the projects in Ahtahkakoop Cree Nation and Muskeg Lake Cree Nation.

When Ahtahkakoop Cree Nation began its food forest, local youth Emily and Kayla joined local food security coordinator Dorothy to learn about permaculture food forest design from instructor Jenine Kozey.*  They will use what they learned to help design their food forest as the project continues. 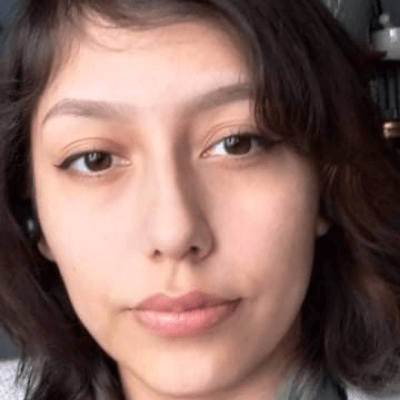 Emily, 20: “[Food Forests] will help us feed our people without destroying the land.” 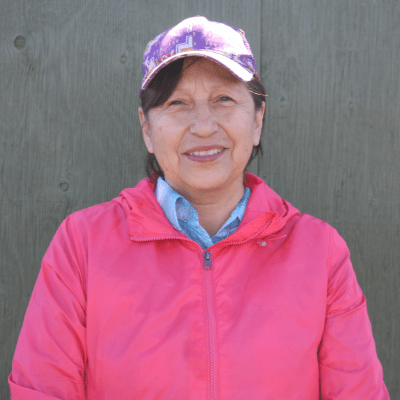 Dorothy: “Planting and gardening knowledge is part of the biocultural heritage of Indigenous Peoples. There is a strong community desire to re-centre the relationship between Indigenous culture and the land. Traditional systems of food gathering and production, which food forests represent, is a way to carry culture.” 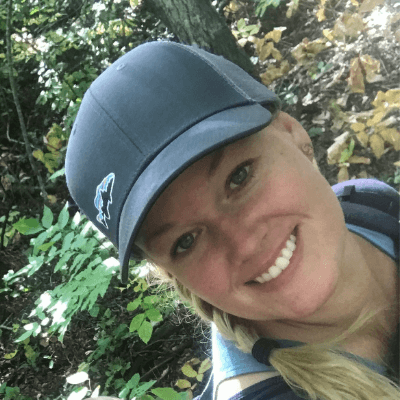 Jenelle (assistant instructor): “The students seemed to gain a lot of information and will hopefully implement forests in their communities. There is a potential to create jobs from the learnings of the course.” 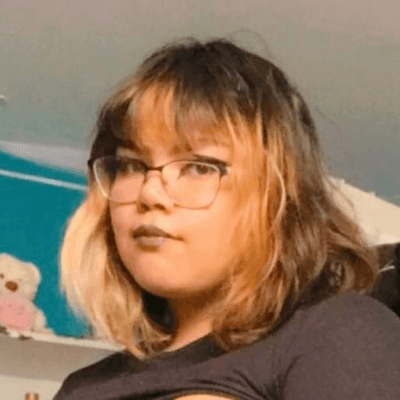 Kayla, 20: “I hope to continue to practice these skills by teaching them in the classroom. I think I can make a career out of this course.”

Land for the Ahtahkakoop Food Forest has been earmarked, and the community continues the hard work of planting this year. The community garden project will continue so that community members can have immediate access to fresh produce while the food forest project gets underway.

Learning on the land in the Muskeg Lake Food Forest

The Muskeg Lake Food Forest has always been a community-led project.  Jordan, an employee of Muskeg Lake Cree Nation, has led many land-based education activities with community members. This past year, even more children have become involved, learning more about their ecosystem while helping to plant vegetation like berry bushes that will help feed their community. 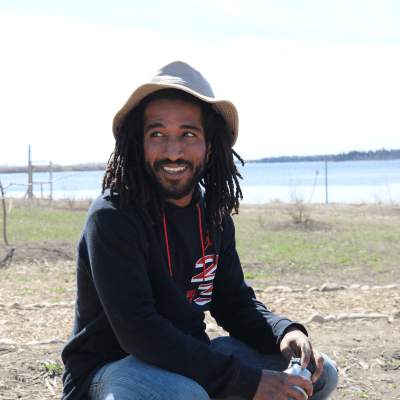 “I really like what kids bring, the imagination and excitement they bring to the Food Forest. We usually get them in planting and harvesting.” 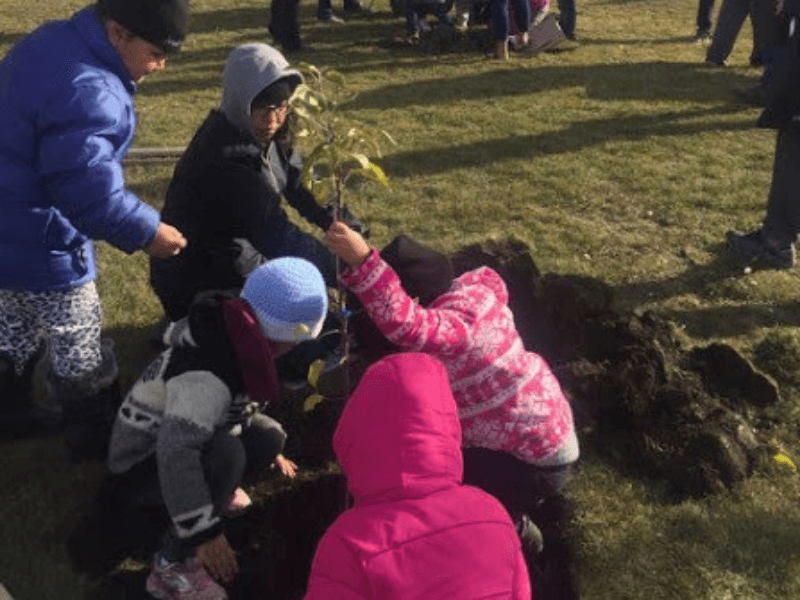 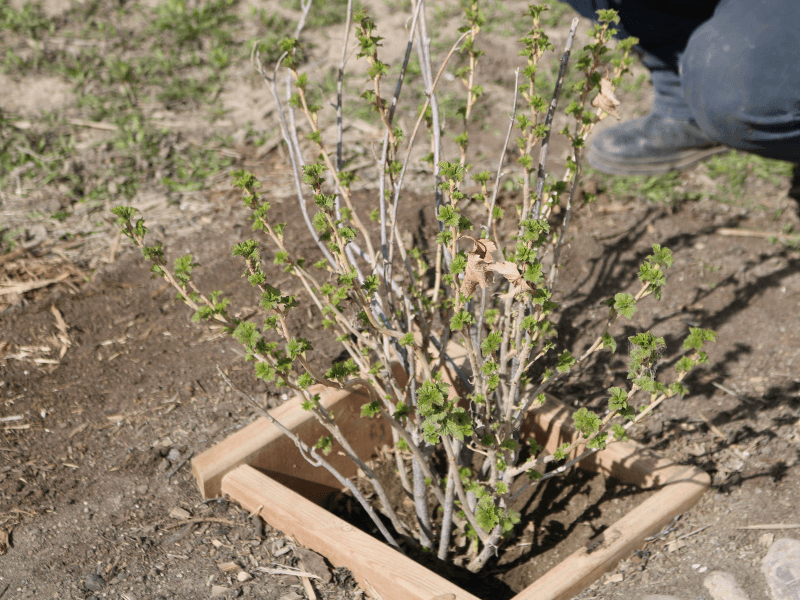 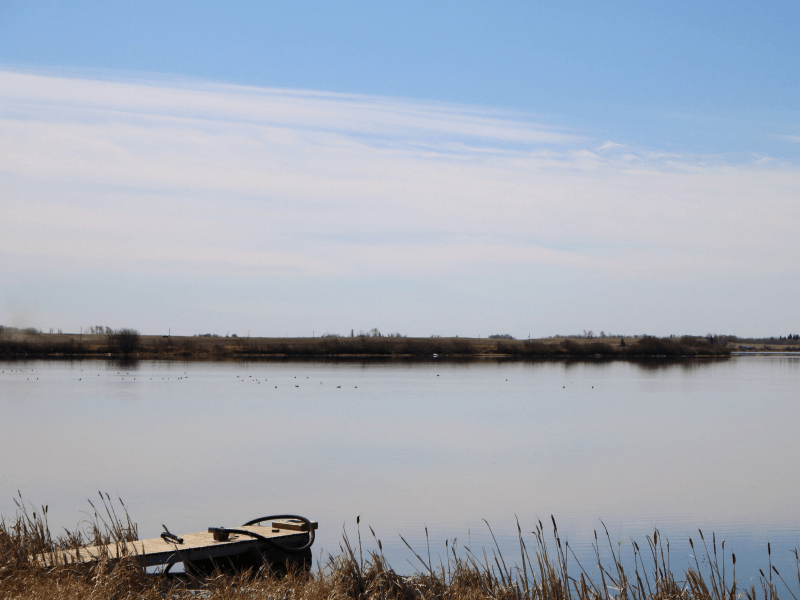 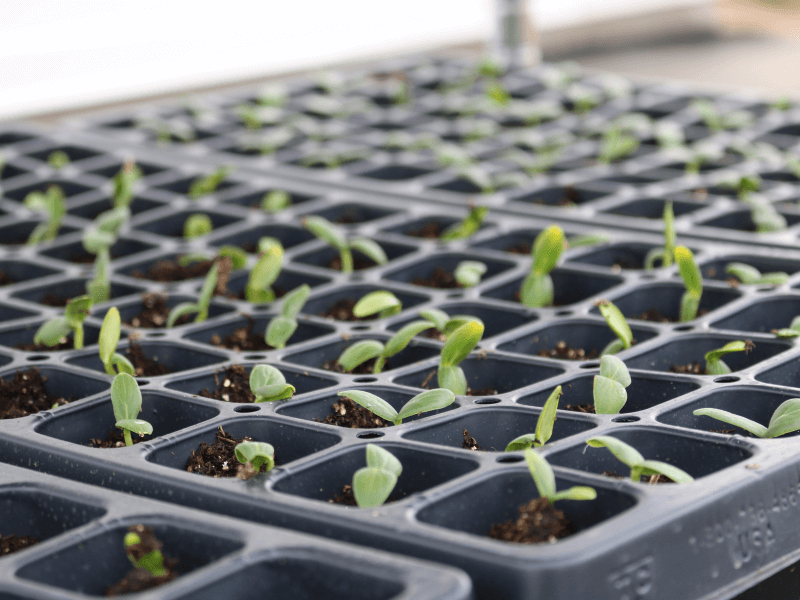 Much like in Ahtahkakoop, the Muskeg Lake Food Forest also includes an annual garden to supply produce for the community. So far, they’ve harvested pumpkins, corn, squash, potatoes, onions, carrots, beets, lettuce and cucumbers that were given to the school for school lunches, the Meals on Wheels program, and Cookum’s Cupboard, a local food bank program.

As for the Food Forest growth itself, it’s producing currants, raspberries and haskaps, and the team is preparing for apple and cherry harvests later this year.

Stay tuned for more updates about the Food Forest Initiative, supported by the TD Ready Commitment and donors like you! To learn more about the project, visit canadianfeedthechildren.ca/foodforest. 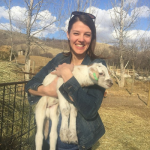 We extend our sincere condolences to the family and friends of Jenine Kozey, who passed away late last year. We send love especially to her husband Jordan and sister Jenelle, who marked the final assignments for the course when Jenine was no longer able to do so. Jenine was instrumental in helping communities learn the practice of permaculture to establish their food forest projects. Thank you Jenine for sharing your passion for permaculture with the world, and for your commitment to advancing Indigenous food sovereignty.