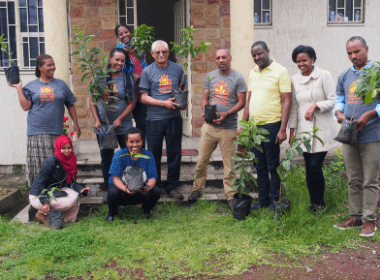 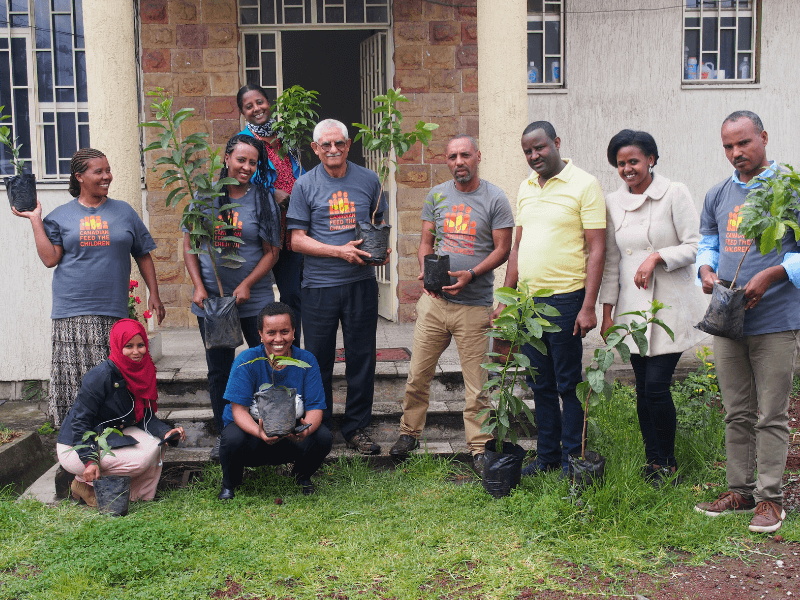 In July 2019, Canadian Feed The Children’s Ethiopia country office participated with hundreds of NGOs, organizations and Ethiopian citizens to plant more than 353 million trees in 12 hours as part of a grander reforestation campaign named “Green Legacy”.

This initiative, led by the Ethiopian Prime Minister Abiy Ahmed, is a way to engage Ethiopians in their nation’s environment and encourage them to come together to do their part in the battle against climate change.

Ethiopia, a country that 80 per cent of people are dependent on agriculture for their livelihoods, is susceptible to periods of drought, deforestation, soil erosion and land degradation. This is why the government is pledging to combat these issues through the “Green Legacy” campaign. 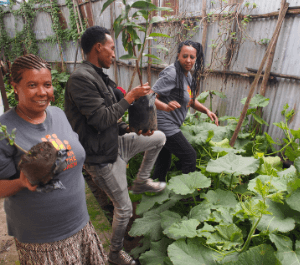 The goal of this initiative is to plant four billion trees throughout the year in the fight against climate change. According to Dr. Dan Ridley-Ellis from Edinburgh Napier University, “trees not only help mitigate climate change by absorbing carbon dioxide in the air, but they also have huge benefits in combating desertification and land degradation, particularly in arid countries. They also provide food, shelter, fuel, fodder, medicine, materials and protection of the water supply.”

Gebriel Galatis, the Ethipoia Country Director for Canadian Feed The Children, spoke with such enthusiasm over the initiative and the difference it’s making in Ethiopia. “The event was very exciting and gave Canadian Feed The Children the opportunity to interact and work as a team while collaborating with staff from other NGOs. We had real fun planting the tree seedlings by cracking jocks, ploughing through the mud – all through the rain!”. Our team was able to make their mark on the event and plant an amazing 150 seedlings! 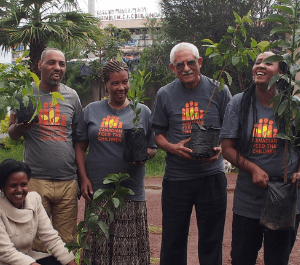 Gebriel Galatis, Ethiopia Country Director (second from right), is hopeful for the future of Ethiopia’s climate.

When asked about climate change and the future of Ethiopia, Gebriel responded, “Ethiopia is determined to Go Green at heart! It is the resilience and the sorrow we have experienced from droughts and deforestation, along with the growing concern of climate change, that is driving the entire country towards this path.”

All of us at Canadian Feed The Children are so honoured to have been part of such a wonderful and important initiative. It’s exciting to see that this step forward could have long-lasting positive change for the country of Ethiopia and help in the fight against climate change. 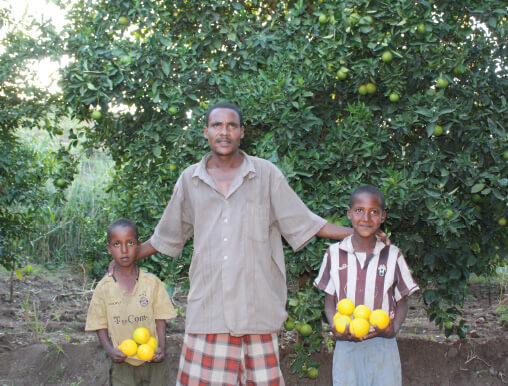 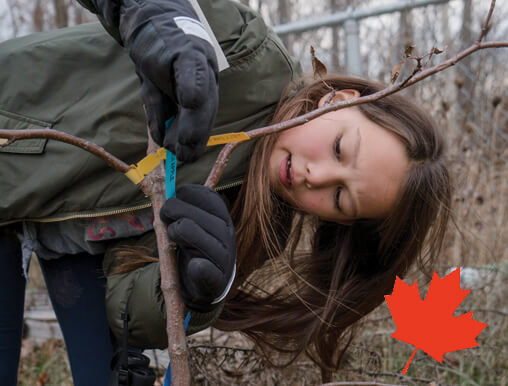 An orchard full of fruit will help an entire community have access to healthy, nutritious food.
Find out more 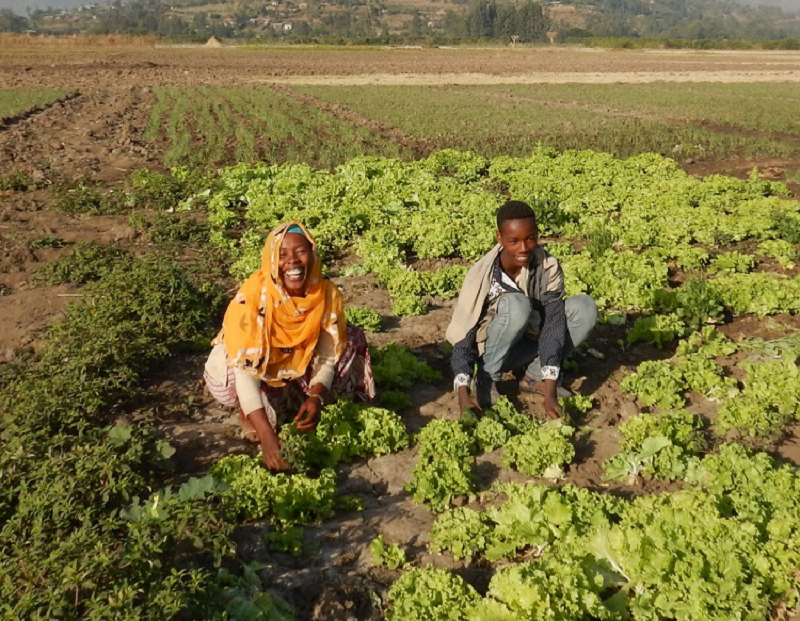 Become an Everyday Hero and support children, their families and entire communities with your gift.
Find out more