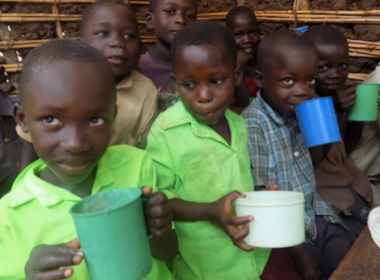 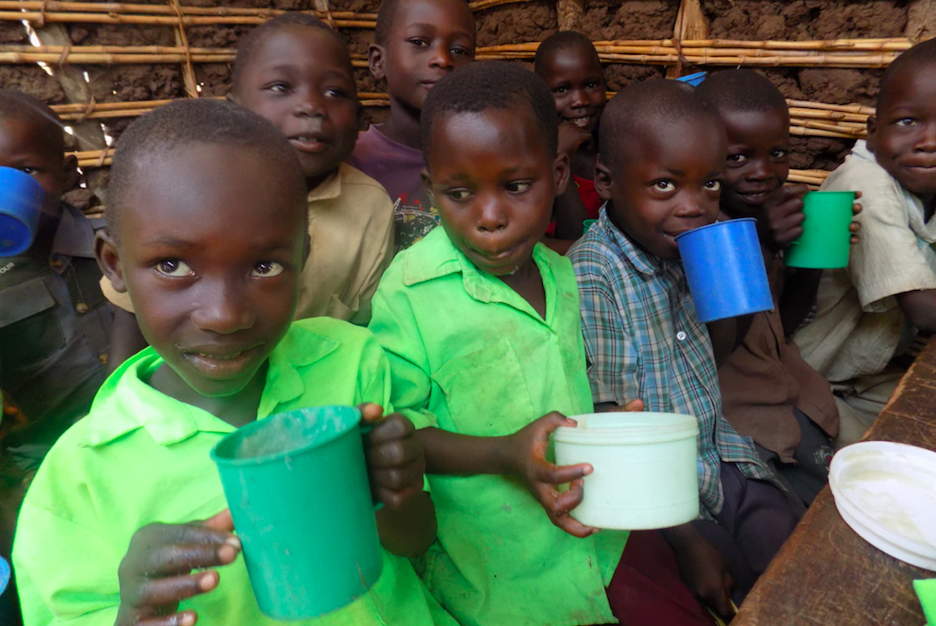 Gains have been made to reduce poverty and child hunger, but too many children still suffer and die because they don’t get enough good food to eat. One out of every 13 children born in sub-Saharan Africa will die before their fifth birthday and close to half of these deaths are related to poor nutrition.

The world produces enough food to feed its entire population of 7.7 billion (1) yet child hunger persists. According to the UN’s The State of Food Security & Nutrition in the World (2019), “the number of people who suffer from hunger has slowly increased over the past three years, with about one in every nine people globally suffering from hunger today.” (2)

Children are disproportionately affected by poverty and hunger. Despite global progress in reducing child mortality, an estimated 5.4 million children under age 5 died in 2017 and half of these deaths were due to factors related to poor nutrition. (3)

The consequences of malnutrition and food insecurity on children are devastating. They include:

Children are most at risk of malnutrition, stunting, wasting and under-5 childhood mortality in sub-Saharan Africa. But child hunger exists in wealthier nations too. Children living in poverty in Canada are also at risk of dire health outcomes related to poor nutrition.

The UN’s Sustainable Development Goal #2 is zero hunger by 2030. Its first is no poverty, and the two go hand in hand. The leading cause of malnutrition is poverty.

Families living in poverty often cannot provide the basics for their children – nutritious food every day, consistent access to education – and children, therefore, cannot break free from the cycle of poverty.

Often, for example, families must sell off valuable assets like livestock just to earn immediate income to purchase food. Without assets upon which to build a more food-secure future for their children, they live hand to mouth – hands and mouths that are too often empty.

Families who rely on agriculture for their main source of income often experience a “hunger gap” – a period between harvests when the food runs out. This period is growing longer and more severe in many parts of the world due to the impacts of climate change. Families may need to sell seeds, tools or oxen before they can replant – because they can’t afford to wait. 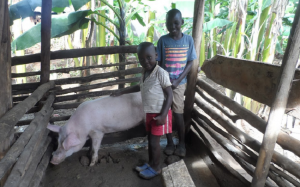 Agricultural programs that include feed, pens, veterinary care and training on animal raising like this “pay-it-forward” pig program in Uganda are essential for sustainable food security.

Your choices are only as good as your options

Impoverished families often have to make impossible choices. Do they accept an offer of marriage for their daughter to reduce the number of mouths to feed? Do they keep their children from school because they need all hands available to work on the family farm? Do mothers and fathers leave home themselves to travel for work, leaving the youngest children in the care of older ones?

In middle income countries like Ghana, or well-off countries like Canada, poverty can be disguised by the country’s overall wealth. The UN report found that in countries where income inequality is rising hunger is also on the rise. The report urges: “We must foster pro-poor and inclusive structural transformation focusing on people and placing communities at the centre to reduce economic vulnerabilities and set ourselves on track to ending hunger, food insecurity and all forms of malnutrition.” 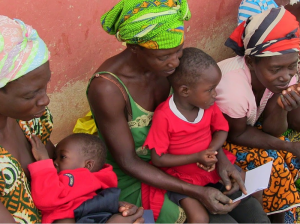 Members of a Village Savings & Loans Association in Ghana receive a pay-out. Women invest their earnings back into their children’s health and well-being at much higher rates than men.

Child hunger at the root: Lack of food

Climate change in combination with poverty is taking a continuing and cumulative toll on smallholder farmers’ productivity. Unpredictable rainfall, increasing periods of drought and flooding, desertification and low-quality soils are all leading to greater frequency of crop failures, lower production and less income from farming for the world’s smallholder farmers. The World Bank estimates that up to 140 million people could be displaced as a result of climate change by 2050. (4) And, children are now paying and will continue to pay the price in lack of food.

One of the core principles of food security is the availability of food and in many regions and countries – including northern Ghana and Ethiopia, where smallholder farmers contribute up to 85% of the country’s food supply – this is simply not the case.

These countries, among many others, rely on humanitarian food aid: a short-term solution, but one that remains essential to prevent child hunger and suffering.

Longer-term and sustainable approaches to addressing the lack of available food are also important and include: 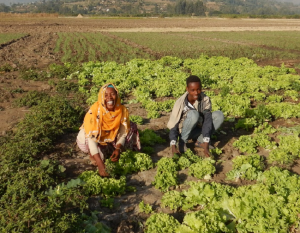 Families that adopt climate-smart and market-led approaches to agriculture are making more food available to their children even in areas hard-hit by droughts and flooding, as in the Cheffa Valley in Ethiopia, pictured here.

Women are responsible for growing, harvesting, preparing and selling the majority of food in poor countries but they are rarely compensated for or given a fair share of the proceeds from this labour.

Not only that, but barriers to women’s (and girls’) inclusion in economic development activities, paid employment, access to credit or to a good education persist. Consequently, women and girls lack the basic building blocks necessary to participate fully in their own and their family’s development.

The impact of gender inequality on children is dramatic. Girl children fare worse on many measures of development including school attendance, graduation and literacy rates. But when women DO earn income, they invest in their families at rates much higher than men. One of the fastest routes to reducing child hunger is to empower women: the UN states that if women farmers had the same access to resources as men, the number of hungry people in the world could be reduced by up to 150 million. (5) 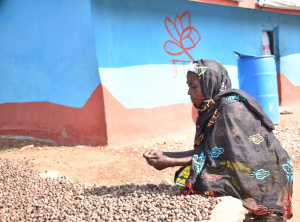 Woman sorts through shea nuts. Called “women’s gold,” these are turned into products that offer women good livelihoods and increased status in their communities.

Malnutrition takes many forms, some of them hidden. Poor nutrition stems not only from lack of food, but also from lack of access to healthy food or to essential nutrients in food. Protein sources can be scarce, for example, and families may rely on one or two starches to provide bulk in their children’s diets. Conversely, a meat-rich diet such as that enjoyed in many Latin American countries may be lacking nutrients, vitamins and minerals present in fruits and vegetables.

That is why nutrition education is essential to improve children’s nutritional status and reduce child hunger. 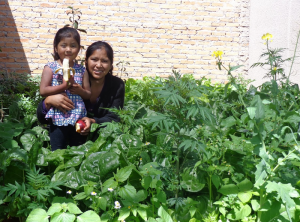 Urban gardens add fruits and veggies to Bolivian children’s diets by increasing income and through nutrition education for parents.

As a result of colonization, land dispossession and the residential school system generations of Indigenous children have grown up without access to healthy food and disconnected from their community’s food traditions. Knowledge of how to fish, hunt, forage, grow and prepare healthy, culturally appropriate food has in many cases been lost. One of the results is that diet-related diseases like Type 2 diabetes are up to three times the national average. (6) 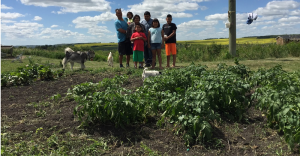 This family has started a garden at Waywayseecappo First Nation and is able to grow fresh food that is often too expensive or hard to get in their community.

How you can help reduce child hunger

While the causes of child hunger are complex, change is possible. Coordinated action to achieve the UN Sustainable Development Goals, specifically goals #1 (no poverty) and #2 (zero hunger), by countries, civil society and NGOs is a great start.

Individual Canadians can also advocate for change at the municipal, provincial and federal levels from supporting pro-poor public policy to speaking up for greater investments in food security initiatives around the world.

And, you can help feed children by supporting initiatives like school food programs, climate-smart agriculture, and women’s livelihoods all of which provide more food and income for children and families in Canada and around the world.

Join us to create a future where children thrive with healthy, nutritious food every day.