Donate to Indigenous Communities in Canada

Added to that, families often need to travel long distances in order to access fresh food, which is more expensive and unaffordable.

As a result, our Indigenous partners across Canada have reached out to say that many children need urgent food support.

Your Donation will Have
an Immediate Impact

Your donation will help our partners cope with the increase in demand for healthy school breakfasts and lunches, ensuring all children receive the food they need.

Your donation will provide families with good food boxes that deliver healthy food to households and ensure children don't go hungry during periods of food insecurity.

Your generous gift will also support local initiatives such as food forests, community gardens and traditional fishing and hunting, which supplement food supplies during these difficult times.

Your gift made today will help children and families in Indigenous communities across Canada access essential food during this critical time.

We work in 30 Indigenous communities across Canada

THE RESULTS ACHIEVED THANKS
TO OUR GENEROUS DONORS

More than 270,000 meals and snacks to children in Indigenous communities across Canada each year. 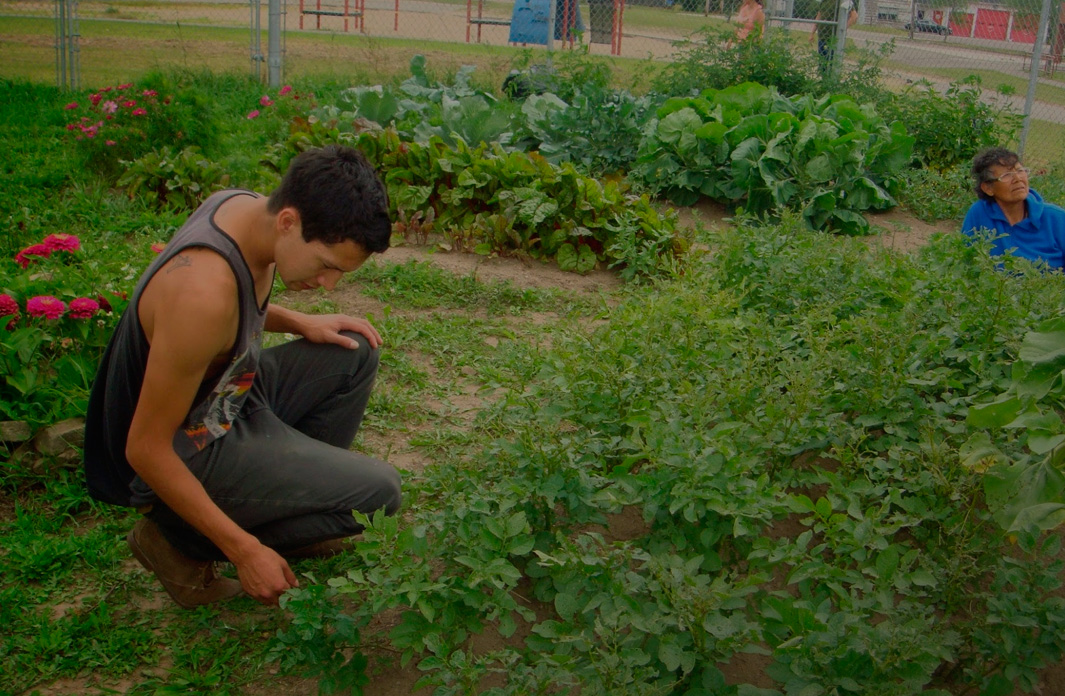 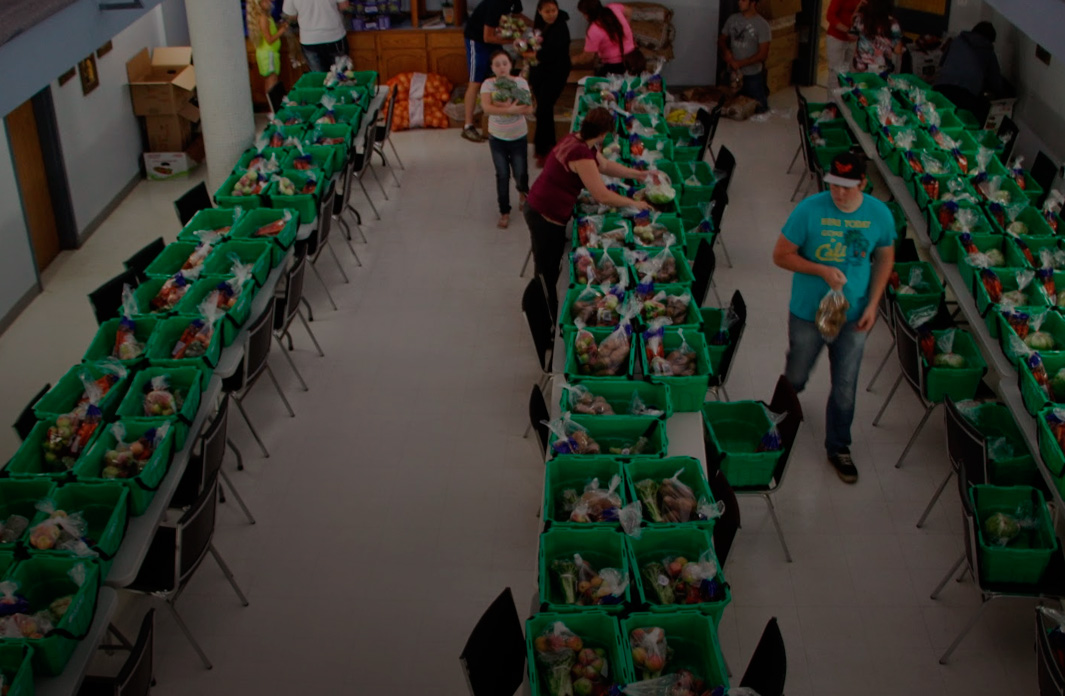 Fresh food boxes are regularly distributed in communities across Canada. 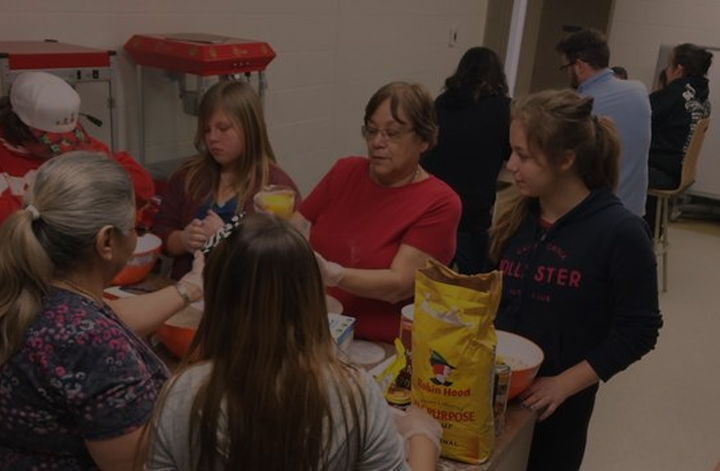 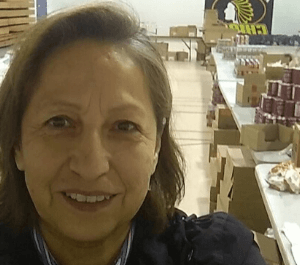 “It’s been hard for children. Numerous children in the community relied on school breakfast and lunch programs for regular, nutritious meals. When the schools closed, their teachers are very concerned for their students’ health and well-being. In these uncertain times, there is a definite need for support.”

About Canadian Feed The Children

Canadian Feed The Children is an award-winning registered Canadian charity that envisions a world where children thrive free from hunger and poverty. We have been taking action against childhood hunger in Canada and around the world for over 35 years.

We partner with 30 Indigenous communities across Canada, taking a community-led approach to support communities as they achieve their own long-term sustainable change.

The Standards Program Trustmark is a mark of Imagine Canada used under licence by Canadian Feed The Children.
Donate Now

WHY IS THERE FOOD INSECURITY IN CANADA?

According to Statistics Canada, food insecurity affects 1.15 million -- or one in six -- Canadian children under age 18. That number has been on the rise since 2007.

Household food insecurity is strongly linked to poverty in Canada. Seventy per cent of households who rely on social assistance in Canada are food insecure. But it also greatly affects a significant portion of the Canadian workforce. Sixty per cent of food-insecure households rely on wages and salaries as their main source of income. Families working low-wage jobs simply can’t earn enough to put good food on the table.

WHY ARE INDIGENOUS COMMUNITIES HIT HARDER BY FOOD INSECURITY?

It is estimated that 78 per cent of Indigenous households have difficulty putting enough food on the table.

Indigenous communities in Canada face significant and ongoing challenges since European colonizers arrived on Indigenous territories. The loss of land rights, outlawing of Indigenous practices and languages, and discrimination towards Indigenous people have perpetuated a food insecurity crisis with serious implications for health and well-being.

The legacy of residential schools, where children were taken forcibly from their homes, is just one example of the deliberate destruction of Indigenous culture, language and identity.

These injustices have been compounded by the ongoing loss of rights to traditional territories and resources, and public opinion, laws and regulations that continue to make engaging in traditional practices difficult, and put significant pressure on Indigenous hunting and fishing.

With the loss of traditional food access and practices, many Indigenous families turn to commercial grocery stores where they are often met with high prices for nutritious food, particularly in remote areas. Without significant economic opportunity, or benefit from traditional territories’ natural resources, the cycle of poverty and food insecurity is difficult to overcome.

HOW HAS COVID-19 EXACERBATED FOOD INSECURITY FOR INDIGENOUS COMMUNITIES?

The lockdowns brought from COVID-19 have brought unprecedented challenges for our partner communities. Children often relied on the school meal program - sometimes 100 per cent of children in the school received daily meals. But when schools closed, the school meal programs stopped and families needed to provide those extra meals. The double burden of rising food costs and rising unemployment is proving to be challenged for many Indigenous families.

Coupled with the fact that many Indigenous communities do not have a grocery store, and some families don’t have a vehicle to travel to shop, along with roads being closed to travel halting grocery deliveries, has pushed some communities to the brink.

WHAT IS CFTC DOING TO INCREASE FOOD SECURITY FOR INDIGNEOUS COMMUNITIES?

Canadian Feed The Children has been working with partner Indigenous communities across Canada for almost 30 years. We have long standing partnerships with 30 Indigenous communities in Canada. Our Indigenous partners take the lead on programming and regularly work together towards increasing food security, community resilience and traditional knowledge through land-based education, ancestral gathering methods and community food work.

WHERE WILL MY DONATION GO?

When you donate to Indigenous Communities in Canada, funds are distributed to our Indigenous partners to those who need it most. Your donation will be used towards good food boxes that deliver healthy food to households and ensure children have enough to eat. As well, donations will be used to support local initiatives such as community gardens and traditional fishing and hunting, which supplement food supplies during these difficult times. Donations will also go towards helping our partners provide the high demand of school breakfasts and lunches.